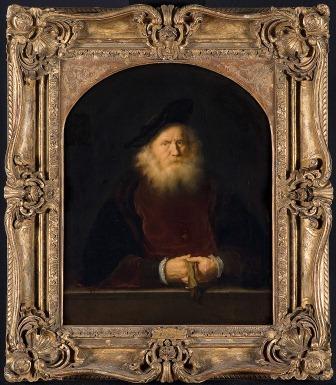 THE HAGUE – The Restitutions Committee advised the Minister of Education, Culture and Science (OCW) to reject a claim to a painting by Salomon Koninck in the Dutch National Art Collection. The Minister has accepted this recommendation.

At the beginning of the Second World War the painting was sold by the art gallery Firma D. Katz in Dieren to the German Alois Miedl, who shortly before had taken over the Amsterdam gallery J. Goudstikker N.V. The work was then sold on to an art buyer acting for Adolf Hitler’s proposed Führer Museum. In an exhibition catalogue produced by Katz in 1939, the entry about the Salomon Koninck work mentions ‘Stettiner, Paris’ as one of the former collections. According to the applicants this refers to the Jewish Stettiner family and/or the Stettiner et Cie. gallery in Paris. No information was found during the Restitutions Committee’s investigation about the moment at which the painting left the possession of ‘Stettiner, Paris’.

The Restitutions Committee concluded that the right of ownership of the Stettiner family and/or the Stettiner et Cie. gallery in Paris during the period relevant to the restitution application is not highly probable, and it therefore advised the Minister of OCW to reject the applicants’ claim to the artwork.

Since January 2002 153 claims have been submitted to the Advisory Committee on the Assessment of Restitution Applications for Items of Cultural Value and the Second World, which has issued advice on 132 occasions. Willibrord Davids has chaired the Committee since 1 January 2009.

The Restitutions Committee rules that the painting Blick auf Murnau mit Kirche by the artist Wassily Kandinsky is to be restituted by Eindhoven City Council to the heirs of Johanna Margarethe Stern-Lippmann (1874-1944). The Restitutions Committee concluded on the basis of new facts that it is sufficiently plausible that Margarethe Stern-Lippman lost possession involuntarily during the Nazi regime.

The Restitutions Committee has advised Minister of Education, Culture and Science Jet Bussemaker to restitute to the Jewish owner's heir two paintings that were sold involuntarily during the Second World War.