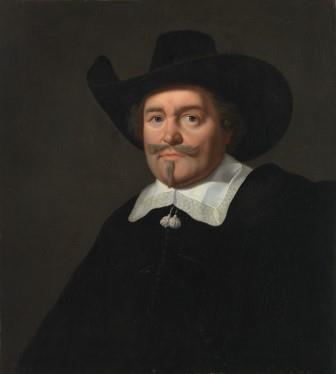 THE HAGUE 15 April 2015 – The Restitutions Committee has issued a binding opinion about a claim to a painting in the Amsterdam Museum’s collection. The work concerned is Portrait of Joan Huydecoper, anonymous, after Bartholomeus van der Helst. The artwork must be returned to the daughter of the former owner.

The former owner of the painting was a Jewish art collector who was born in Berlin and who fled to the Netherlands in 1938 because of the anti-Jewish legislation. During the war he settled in the east of the country and was active in the resistance. He went into hiding in 1943 and was arrested and detained in 1944. He survived the war, as did his wife and daughter. The art collector sold the painting after Van der Helst in 1941 to the art gallery Kunsthandel voorheen J. Goudstikker N.V., Amsterdam, managed by the German Alois Miedl. The artwork probably remained unsold. After the liberation it was found in one of the commercial premises of the art gallery concerned on Herengracht in Amsterdam. Then in 1947, in the context of the enterprise’s liquidation, it was sold at auction by the firm of Frederik Muller & Cie., Amsterdam. Amsterdam City Council bought the work in 1955 from the Joseph M. Morpurgo gallery in Amsterdam.

It emerges from the business records of the Goudstikker-Miedl gallery that it is highly likely that the Jewish art collector had been the owner of the artwork when it was sold in 1941. In the Committee’s opinion the sale was a case of involuntary loss of possession. The Committee considers it plausible that the owner, being a stateless resident of Jewish descent, was unable to practise his profession during the occupation and had to sell the work to obtain money to live on and in the interests of his safety. The fact that he and his wife participated in the resistance also plays a role here. The Committee has no indication whatsoever that the City Council acted negligently when it acquired the painting in 1955.

In cases of binding opinions the Restitutions Committee advises on the basis of the yardsticks of reasonableness and fairness, and this provides scope to weigh up the interests of the different parties involved. In its weighing up of the interests the Committee has taken into account, among other things, that according to the Amsterdam Museum the painting has a ‘high ensemble value’ because of the relationship it has to two other paintings in the museum’s collection, but that it is a copy by an unknown artist of one of these two paintings and that it is currently in the museum’s repository. Set against this interest of the City Council is the emotional and moral value the Applicant attaches to the work’s restitution. In this regard the Committee considers it important, among other things, that she is a first-degree relative of the original owner, who lost possession of the work in an involuntary manner.

Since January 2002 153 claims have been submitted to the Advisory Committee on the Assessment of Restitution Applications for Items of Cultural Value and the Second World, which has issued advice on 133 occasions. Willibrord Davids has chaired the Committee since 1 January 2009.

The Restitutions Committee has advised the Minister of Education, Culture and Science to restitute 107 groups of Meissen porcelain items to the heirs of the original German owner Franz Oppenheimer.

The Restitutions Committee is recommending restitution of two paintings by the artist A. von Stadler to Isay’s Jewish heirs on the grounds of new facts.

The Restitutions Committee has issued a binding opinion about a claim to a painting in Museum Het Valkhof in Nijmegen. The work concerned is a seventeenth-century panel by Christiaen Coeuershof depicting ‘The Riddle of Nijmegen’.