Antique jewel to be returned to heir of Jewish art dealer 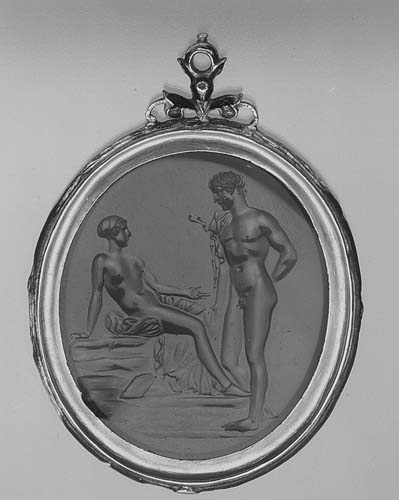 THE HAGUE 20 January 2016 – The Restitutions Committee has advised Mrs. Bussemaker, Minister of Education, Culture and Science, to restitute to the heirs of the original Jewish owner, Kurt Walter Bachstitz, an antique jewel that was sold involuntarily during the Second World War. The Minister has accepted the recommendation.

The advice concerns a cameo (a worked semi-precious stone) dating from the mid-sixteenth century that is in the Dutch State Collection. The cameo is part of the Netherlands Art Property Collection, or so-called NK collection (NK 2904), which consists of artworks returned from Germany after the Second World War by the Allies. The item is in the custody of the Dutch National Museum of Antiquities in Leiden. The heirs had applied for restitution previously, but that request was rejected in 2009. The Restitutions Committee has recommended its return now because new information came to light.

Prior to the Second World War the jewel was the private property of the Jewish art dealer Kurt Walter Bachstitz. In the summer of 1941 he sold it for NLG 6,000 to the German museum director Hans Posse, Adolf Hitler’s art buyer. By selling the cameo Bachstitz was trying to pay for his very sick son to stay in a Swiss sanatorium. In the Restitutions Committee’s opinion in this case the choice of neutral Switzerland cannot be considered in isolation from the situation that was threatening Jews in the Nazi-occupied Netherlands.

In its advice the Restitutions Committee applied the policy rules that apply to the NK collection and concluded that there was involuntary loss of possession as a result of the Nazi regime. It therefore advised Minister Bussemaker to return the cameo. Since it is plausible that Bachstitz spent the proceeds of the sale on his son’s stay in safety in Switzerland, the Committee recommended that the heirs should not be made to repay the sum concerned.

The heirs also requested the return of 14 other works of art from the NK collection. Because there was no indication that the sale by Bachstitz took place forcibly, the Restitution Committee advised the minister not to restitute these works of art.

The Advisory Committee on the Assessment of Restitution Applications for Items of Cultural Value and the Second World War advises about claims to items of cultural value lost during the Nazi period, also referred to as looted art. Since the Restitutions Committee was established in 2002 it has issued 140 recommendations and has had 161 claims submitted to it.

The Restitutions Committee has issued a binding opinion about the application for restitution of the painting Blick auf Murnau mit Kirche by Wassily Kandinsky, currently in the possession of Eindhoven City Council.

The Restitutions Committee has advised Minister of Education, Culture and Science Jet Bussemaker to restitute a portrait by Tischbein from the Dutch National Art Collection to the heirs of the original Polish owner Count August Krasicki.

Read more Over Portrait Polish officer to go back to family